Thanksgiving, literature and music. What a busy week! There is always a smorgasbord of arts and entertainment events in the Baltimore region. Catch a glimpse of what we chose to experience...it was all excellent. (Sorry...the sound on my snapshooter doesn't do justice to the music.)

Wednesday night in Baltimore I read some poetry but the main event was Rafael Alvarez reading from his new book, The Wire: Truth Be Told

Before the Alvarez reading, we attended a special event at the gallery of mural artist, Michael Owen in Baltimore.

Friday night was jazz with Kevin Robinson at Bobby's Jazz Club in Baltimore.


Saturday night was a house concert at Georgie Jessup's house. Among other numbers, Georgie sang Paradise.

...and Kate Maguire and Claudia Sansoucie.

Kevin Robinson plays his original piece "Shalom" in the background of a series of images I made of him: 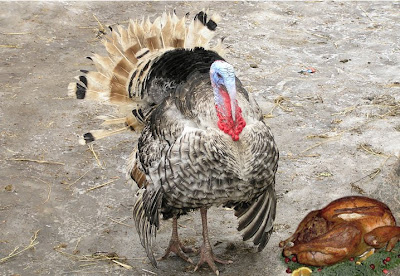 The resistance in the to a national health care plan makes no sense. And it doesn’t make sense to our European friends we talked with when we recently traveled to . , where we spent most of our time, is considered to have one of the best health care systems in .

Medical News Today wrote that, " and , which are widely viewed as having among the best health care systems in , with few complaints about rationing of services and queuing, spend 11% and 10.4% of their economic output, respectively, on health care. The , by comparison, expends 16% of its gross domestic product in this area, according to the Organisation for Economic Co-operation and Development.” (Based on a Forbes September article)

October 6 of this year, the PBS published an international health care systems comparison for , the , , and the

Health care is a right and not a privilege. The quality of health care should not be based on where you work or how much money you make. Although our country is advanced in some ways, we are way behind our counterparts in attitudes and practice concerning health care and capital punishment.

Since I’ve retired from reaching in 2003, my income has diminished. However, even with a reduced income, I’m willing to pay more in taxes to ensure that those who have no health care can.I am not one for statistics, however, if all tax payers paid $100 to $200 more a year in taxes, I’ll bet it would put a big dent in a viable health care fund.

Look at it this way. More than $100-$200 is coming out of our annual taxes to support war. Most people appear to accept their tax money going toward killing people but when it comes to health care for our country, they are unwilling to accept it. They complain about big government.

Kevin and his crew captured the crowd at Bobby's Friday night. The sound on my little pocket camera doesn't do the performance justice. Just gotta hear him in person!

The Mouse and His Child

My friend, Vladimir, suggested that I read The Mouse and His Child by Russell Hoban. I think we may have been having a discussion about The Little Prince which is one of my favorite books. Anything that Vladimir suggests always has merit so I went to my local library and checked the book out.

There are debates about whether this is really a children's book. It definitely has some dark moments. Regardless, it's interesting to look at the world through a toy's point-of-view as happens sometimes in children's books. Of course, the toy is more than merely a wind-up toy, otherwise it would hold little interest for an adult...or even a child.

I remember the fascination my youngest daughter, Lauren, had for her huge collection of stuffed animals. She used to play for hours, talking to them. As a child, they were more than toys for her. They blurred the boundary of animate and inanimate, real and pretend, human and toy. Often when these boundaries are blurred, that's where we will find real truth.

The Mouse and His Child offers truth to those who are open to finding it:

“I don’t suppose anyone is ever completely self-winding. That’s what friends are for.” Frog

“The enemy we fled at the beginning waited for us at the end...but he’s not an enemy any more.” Child

“Infinity. There’s no end to it. There comes a time when each of us must contemplate it.” Serpentina

“Each of us, sunk in the mud however deep, must rise on the propulsion of his own thought.” Serpentina

“Each of us must journey through the dogs, beyond the dots, and to the truth, alone.” Serpentina

“The bottom is strangely close to the top.” Frog
Posted by Bonnie Schupp No comments:

A mind, once stretched by a new idea, never returns to its original dimensions. - Oliver Wendell Holmes 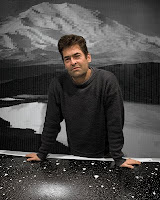 Chris Jordan is no ordinary photographer. He has a vision of how he can graphically communicate statistics about the way we live. With digital photography, he illustrates our culture of waste in “Running the Numbers, An American Self-Portrait.”

For me, as with many people, statistics are abstract. I find it difficult to wrap my mind around big numbers. Chris helps bend my mind in such a way that it will never go back to its original shape.

Do you know these statistics?

How many breast augmentations are performed each year?
How many plastic cups are used each day on airplane flights?
How many sheets of office paper are used in five minutes?
How many aluminum cans are used in thirty seconds?
Using a digital camera and digital manipulation, he looks at our nation’s consumerism and turns it into works of art that compel us to look more closely at how we live. Chris Jordan says, “Employing themes such as the near versus the far, and the one versus the many, I hope to raise some questions about the roles and responsibilities we each play as individuals in a collective that is increasingly enormous, incomprehensible and overwhelming.”

Here are some examples. Visit his Web site to see and learn more.

Depicts 32,000 Barbies, equal to the number of elective breast augmentation surgeries performed monthly in the US in 2006. Photo by Chris Jordan 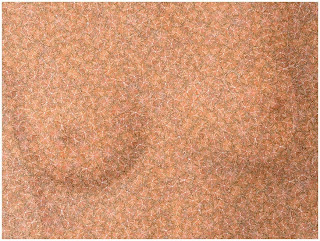 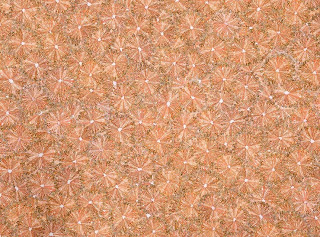 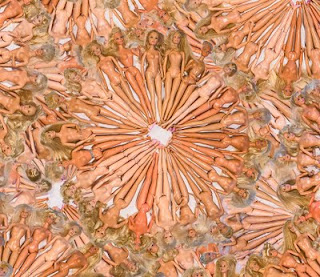 Depicts one million plastic cups, the number used on airline flights in the US every six hours. Photo by Chris Jordan 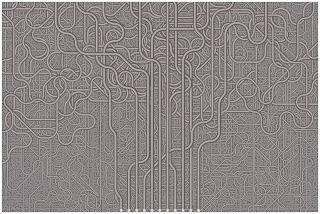 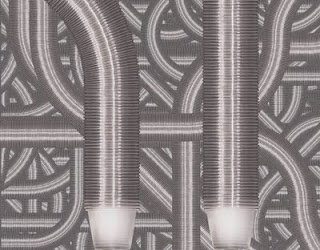