I've been wanting to try riding a Segway for a while now but the expense slowed me down. Then a Groupon offer came through and David and I jumped on it for $25 instead of the normal $49 hour tour including a 30 minute training session. It was offered by SegZone in Annapolis.

The eight people in our group first had to sign waivers. Then we were given earphones which would be connected to transmissions from the leader's microphone. And we put on helmets. Steve Wilson gave initial demonstration and instruction while his sister, Debbie Wilson, would lead us around Annapolis.

When Steve asked for a volunteer to go first, I spoke up. Afterall, I was excited by this chance to try new technology...and I also thought it would give me extra practice time while the others were getting their initial instruction.

Steve steadied the Segway while I stepped on as instructed and just as he predicted, when he let go, I wobbled back and forth. I practiced getting on and off until I felt more steady and then Debbie supervised while I practiced going up and down the street outside their business at 131 Prince George Street. Wow! I could turn on a dime!

Soon David came outside astride his Segway and then the others one by one. Soon we were off for an hour to explore old Annapolis houses, including 5-part mansions, and to listen to interesting stories about people from the past who lived in them.

We rode over the bumpy brick Annapolis sidewalks and ducked low hanging branches. Afterall, we were about a foot taller than we would have been walking. There is no throttle. Nor is there a brake. The Segway becomes an extension of your body as you lean forward to go and backward to stop. Right and left movement is controlled by the handlebar.

Segways have the same rights as pedestrians. Anywhere a wheelchair is allowed, so is a Segway. Although its maximum speed at 12 mph doesn't sound fast, you feel like you're moving right along.

Read more about Segways here. See a video explaining how it works.

And don't forget to visit one of my favorite places in Baltimore. The Visionary's new exhibit, "What Makes Us Smile," is bound to make you learn something while smiling. 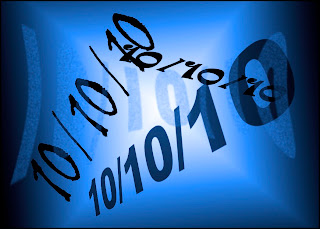 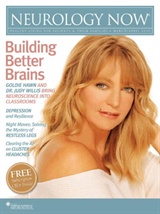 March/April 2010, Neurology Now
Why can’t Johnny learn? Often in looking for the answer to this question, the focus is on teachers and their teaching skills. However, even the best teachers cannot help their students learn if they are fearful. It’s impossible for the brain to learn when it is afraid and stressed.
The March/April 2010 issues of Neurology Now has an interesting article that talks about the science behind fear and learning. Higher learning occurs in the prefrontal cortex but fear leads to the amygdala’s fight or flight responses.
Goldie Hawn is working with neurologist Judy Willis in this area with an unusual but educationally valid approach to helping students learn.
Metacognition.
Hawn’s MindUp! program teaches children how their brains work and why the right frame of mind is so important to their learning. Then students are trained to become more aware so their can identify their emotions and use the coping exercises they have learned.
It sounds like a reasonable approach for kids who are afraid  and stressed because of tests or being afraid to speak up in class but it may not work if a student is being abused at home or bullied in school.
Educators want to see their students learn and test scores rise. This article in Neurology Now points out that learning will not occur in a climate of fear. Schools must work hard to make sure students do not spend their time in a fearful climate. That means making sure that bullies do not highjack learning.
My doctoral work focused on schools, bullying and empathy. A summary presentation and accompanying notes can be found here.
Bullying Presentation
http://bonnieschupp.com/Bullying.pps
Presentation Notes
http://bonnieschupp.com/bullyingnotes.doc