February 15, 2018 (The Stoneman Douglas High School shooting in Parkland, Florida, the deadliest school massacre in our history, cries out for us to look at the big picture and examine how our country handles health problems.) 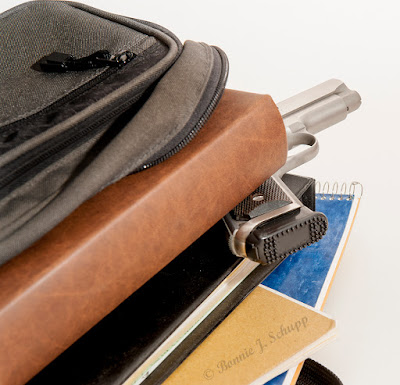 Americans have a history of looking a problem straight in the eye and taking action to solve or lessen the problem. These are a handful of examples:
1. Sports safety equipment has evolved so fewer athletes are injured. 2. Tooth decay, sometimes leading to abscess and sepsis, affected quality of life and sometimes led to death. Toothbrushes, modern dental care and fluoride have led to better dental heath. 3. Houseflies used to homes and spread deadly microbes. Screens were invented. 4. Drivers could not see the edges of their lanes which often led to fatal accidents. Bott’s Dots were invented and used on roads to help motorists see boundaries and stay in their lanes. 5. Years ago, contaminated milk was killing children. Pasteurization of milk changed this. 6. Too many accidents were happening in work places. The Occupational Safety and Health Administration was formed to reduce these accidents. 7. Some toys can kill children. The consumer Product Safety Commission was formed to oversee this problem and recall toys that could kill children. 8. Before stethoscopes, doctors put their ear to the patient’s chest to listen to the heart. Now they use stethoscopes for better heart hearing. 9. Years ago, patients who had to have legs amputated or teeth extracted suffered great pain during these procedures. Anesthesia was invented. 10. Children used to suffer from whooping cough (I did) and it was especially life-threatening in babies. Babies and children now are vaccinated with DTaP to prevent this disease.

11.  When so many people were being killed in automobile accidents, seat belts and airbags were invented and legislated.
12. Current problem: “When a gunman killed 20 first graders and six adults with an assault rifle at Sandy Hook Elementary School in 2012, it rattled Newtown, Conn., and reverberated across the world. Since then, there have been at least 273 school shootings nationwide. In those incidents, 439 people were shot, 121 of whom were killed.” (NYT, 2/15/18)    Solution? Send thoughts and prayers and listen to the NRA? 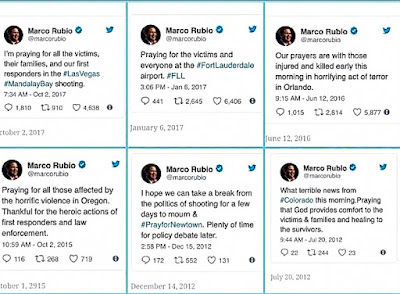 
How Australians solved a problem: http://www.slate.com/blogs/crime/2012/12/16/gun_control_after_connecticut_shooting_could_australia_s_laws_provide_a.html

A roadblock to the solution in the US: http://www.newsweek.com/government-wont-fund-gun-research-stop-violence-because-nra-lobbying-675794
Posted by Bonnie Schupp No comments:

The Death of Laurel Cemetery


When I was a child, I lived near a cemetery with a history. From my back yard at 3410 Lyndale Avenue, I could see houses on Elmley Avenue, the street boundary of our approximately four square block neighborhood nestled between Belair Road and Edison Highway.

Beyond Elmley was a piece of land that we called the “colored cemetery” in the days before school integration. I never knew its real name until today. Looking out at the cemetery property from Elmley alley, it was at first difficult to see that it was a cemetery but if you looked hard, you could see tombstones, mostly leaning precariously or pieces scattered about. Amid these broken reminders of past lives was scattered debris of beer cans, glass shards from whiskey bottles, pieces of clothing, shrubs and vines in the process of choking out everything that had once been.

My sister and I had a delineated half-block area we were allowed in and then a little more as we grew older and more responsible. Though the cemetery was not far away, we were not even allowed near it. Once my younger sister and I gave in to our morbid curiosity and wandered to the alley overlooking the cemetery. Some neighborhood kids had told us there were parts of skeletons sticking out of the ground there.

In those days, all the neighborhood mothers used to stand at their doors and shout their children’s names when they wanted them to come home. And the children would shout back, “Coming!” Apparently our mother had done this and she panicked when we didn’t answer. Frantically she began searching and found us in the Elmley alley looking for bones in the land in front of us. I think she spanked me all the way home. (My younger sister escaped it because I was older and should have known better.)

Our mother told us the old cemetery was a dangerous place where snakes, rats and possible dangerous people waited to pounce on us. There was talk about a man exposing himself to a child who had ventured into this forbidden area.

And then one day there was a little girl’s body found among the weeds and trash in the cemetery. One of my friends lived on Elmley and she could see the dying cemetery from her back yard. After the child's body was found, my friend's father was arrested as he walked home from work. He had been wearing his work clothes which had spots of red on it, so he was suspected of murder. Immediately my mother said I was not to go anywhere near my friend’s house. In fact, I was not to have any contact with her. It turned out that her father was a painter and had red paint on his work clothes. He was released after much embarrassment to his family.

A few years later, we learned that the cemetery would be dug up and the bodies moved elsewhere. I remember hearing the grinding of heavy machinery and wondering about the process. The next thing I remember is a brand new Two Guys store near our house. Now there is a Food Depot in that spot.

Long ago, I saw everything through a child’s eyes and did not think about the lives of those who had been buried there and their families who loved them. All I knew was that where my family was buried looked nothing like the overgrown place that we knew as “the colored cemetery.” Today I read the story of this cemetery (link below) through different eyes.