"Ekphrastic" is a literary description of visual art.


When you take a flower in your hand and really look at it, it's your world for the moment. I want to give that world to someone else. Most people in the city rush around so, they have no time to look at a flower. I want them to see it whether they want to or not. ~ Georgia O'Keeffe

The online journal, The Light Ekphrastic, pairs artists and poets to respond to one another's work. Recently my photos and a poet's response appeared in the May issue of the journal.

In responding to a poem by Emory D. Jones about George O'Keefe, this is the process I went through:

Choosing: I had to choose one of three poems by the same poem. I was elated to find that one of the possibilities was a poem about Georgia O’Keefe, one of my favorite artists. And the fact that she was also married to photographer Alfred Stieglitz connected me even more with this poem. New Mexico is one of my favorite states and her landscapes of that area capture its spirit.

Considering: In my response, I knew I needed to include elements of color, especially warm colors, and rock. I thought a flower would be ideal, both because of Emory’s poem and because of O’Keeffe’s work. Since her style is largely abstract, I decided that style might be best for my photo image.

Creating: I live far from New Mexico but not far from rocks in Downs Park (Anne Arundel County, Maryland) on the shore of the Chesapeake Bay. I usually walk there every day but to prepare for this project, I spent a great deal of time on the beach studying the surrounding large rocks. The challenge was to find one that I could work with and avoid getting my camera splashed from waves crashing on the rocks during high tide. I finally found one part of a rock that held possibilities and photographed it several times on different visits to the park. The rest of the work remained in the hours of post processing to mold the image to my vision of the poem. The evolution traveled through many iterations until I finally rested with this one. (Note: I used Photoshop CC and OnOne.)

When you read words and unfold the layers until you connect, it's your world for the moment. I want to give my vision to others. Most people skim in their reading and never really stop to examine the words in front of them. I want them to "see" the words whether they want to or not. ~ Bonnie Schupp


The Light Ekphrastic, May 2016 issue 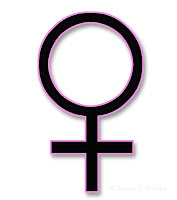 I can’t remain silent anymore! Donald has accused Hillary of being anti-women. What?! Hillary is blamed because her husband had an affair and she did not stand by the other woman. Well, there’s nothing unusual about that response from a wife whose husband has cheated on her.

Tonight on CNN, I heard accusations of Bill’s “sexual abuse.” I was not there, so I’m not sure about all the emotions, subtleties and details. What I do know is that Monica was 22 and old enough to have been a willing participant. When people say that Monica was “abused” and a victim, they are patronizing her—as if young adult women had no brains, as if young women had no power, as if they were fragile dolls. The attitude today is, “Poor, Monica. That mean old man took advantage of her.” Yes, he was a man in power. Yes, she was young and probably impressionable. Yes, Bill’s brain was overridden by his dumbstick. Yes, it should not have happened. Yes, if it were not consensual, then something was very wrong. However, Monica was legally an adult and, from the few details that I know of the situation, she was not drugged or forced to do anything.

My reaction arises because of my personal experience as a young woman. On two different occasions, when I was in my early 20’s, around Monica’s age or a little younger and before my first marriage, I had affairs with two older men. They were in professional positions. Some would say they were in positions of power. I never felt this. I felt we were equals as consenting adults with equal power. Did they take advantage of me? No. I was a willing participant.

If anyone were to say that I was a victim, I would vehemently deny this. I wanted these consensual relationships. I was not drugged like Cosby’s victims. No one forced me to do anything. I was in my right mind and hadn’t had even one drink. I was exploring who I was. Nobody “abused” me. No one coerced me. Some would blame these older men and say that I was young and impressionable. I say no. I do not regret these experiences. They were part of my growing up, part of my evolving. One of these men has since died and the other I am still friends with as he experiences the challenges of aging.

I made decisions that some would say were questionable when I was young but I do not want to be patronized as a “young female victim” because of what happened. I was an adult, could think for myself and was responsible for my own actions. Men did not control me and talk me into doing things I didn’t want to do. I was and am a feminist.

If it were consensual between Monica and Bill, then she was not a victim of abuse. Hillary was a victim because she was betrayed by someone she trusted. Now she is again a victim because of a continuing twisted male view that young adult women who choose to have sex with older, powerful men need to be protected from them.  It reminds me of the wedding ceremony that some couples continue to have where the father gives away his daughter to the groom so her new husband can protect her.

With any societal problem, often we develop a vocabulary and paint a broad view of an issue without looking at specific events for what they are. Patronizing women, not seeing them as equal to men and capable of steering their owns lives, makes them victims. Monica is a victim, not for what Bill consensually did with her, but for the public perception of her as a powerless 22-year-old female. Women, like Hillary, who are blamed for the transgressions of their men are also victims. Twice.