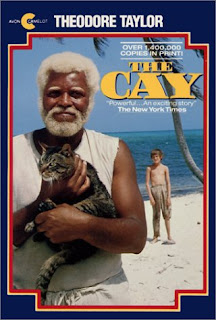 In a political climate when the arts are called into question and funding is threatened, I am reminded of my days teaching my 12-year-old  7th graders. Many of these students had never read a book on their own but once they did, not only did they become better readers, but they became wiser human beings.

Every year I struggled to survive another year of teaching while trying to give students the language arts skills they needed.  I discovered my students had learned some very important things from reading The Cay by Theodore Taylor, a novel included in the Struggle to Survive unit, part of 7th grade language arts. After students had read this book, I asked them the question, What did you learn from reading this book?

The excerpts below are in the words of my students:

I learned…
From the mouths of children...

I am wondering if our new President has read any books?


Corners define shapes. They are guides when inserting one similar shape into another. Grabbing and holding on to matching adjacent and diagonal corners is most important in some tasks.

Last week, after washing our quilt and duvet cover, David and I attempted once again to put the former inside the latter. The procedure involves a series of steps. First I turn the cover inside out so I can get a firm hold on the top two corners. While I hold tightly to the quilt corners through the cover, it is David’s job to slide the duvet top down to the bottom right-side out and over the quilt. Then the final step is for me to hold tightly to the top cover and quilt corners while David does the same at the bottom, at which point we both shake the quilt vigorously to help everything align correctly.

It shouldn’t be too difficult — unless I hold two diagonally-wrong corners, as I did this time. Because we have a small bedroom, I usually stand on the bed while we maneuver this feat together.
Since the last time we did our duvet dance, we had purchased memory foam for the top of our mattress. I discovered the new surface makes balance difficult when grabbing and shaking. In the confusion of mismatched corners and foam that remembered steps I didn’t want it to remember, I lost my balance and rolled around on the bed.

Instead of tossing out a few four-letter words, giggles erupted. And, since they are contagious, giggles reached out to David and tickled him, too. Help — hahaha — I've fallen on my bed —hahaha — and I can't — hahaha — get up! There we were with a confused mass of quilt and duvet cover, laughing our heads off.

Being adults, however, and recognizing that we had a chore to complete, we went about correcting our mistakes — with some extra giggles thrown in — and finally got the cover on. With a few shakes as we firmly held our correct corners, this time everything fell into place and I remained standing tall on the bed.

Our mistakes leading to uncontrollable laughter felt so good. This was a simple release in an everyday moment, an example of making mistakes together, losing balance, losing control and then discovering everything works out okay, especially if some laughter is tossed into the recipe.

David and I will soon celebrate our 37th wedding anniversary. During these years together, we’ve mixed up diagonals and lost balance but sometimes the tumbles are fun and ultimately laughter balances the equation.

Note: If you prefer a more tame experience, this video shows how one person can make this a boring chore without the comedy: https://youtu.be/DRPfudNNd8Y

The POTUS is a Master

Today I looked at the transcript of  Mr. T’s recent press conference. He is the most amazing master of vague. This man has a tremendous flair for using very many superfluous adjectives and is astonishing at using a lot of superlatives.  And he’s very, very, very good—the greatest—at repetition.

In the transcript, he is going 66 times and gonna 20 more, making that 80 times he demonstrated how forward looking he is.

Very appears 77 times in the transcript, 15 times together as twins and once as triplets. One sentence of 38 words uses very four times (twice as doubles).  The same adjective makes up 10% of the content of the sentence!

Today he didn’t use a lot a lot as he usually does—only about 20 times—and he moderated his use of  amazing, terrific, tremendous and fantastic. Was he feeling a little less fantastic today?

Oh, did I say that he excels at saying nothing?

So, we’ve been very, very much involved, and other things. We had Jack Ma, we had so many incredible people coming here. There are no — they’re going to do tremendous things — tremendous things in this country. And they’re very excited.

As a former English teacher, I have to wonder what his school essay exams might have looked like. I give him a D on his lexicon which lacks fluency, so important in problem solving and communicating with others on a precedential level. 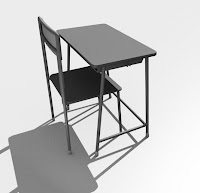 What does a middle-schooler say when…?


After teaching middle school for many years, I am accustomed to the 12-year-old perspective. For some reason, my pre-retirement memory keeps replaying the soundtrack of belligerent middle school boys I taught.

For example, let’s call my quintessential recalcitrant male middle schooler Johnny. When I tell him to get ready for a pop quiz, all of a sudden he can’t find a pencil. When I ask him for his homework assignment, he tells me that he spent last night in the ER for his peanut allergy which doesn’t seem to bother him when he eats his peanut butter and jelly sandwich at lunch later that day. He brags about how he usually stays up half the night and that he can get away with anything.

Although I try daily through my lessons to change things, Johnny appears to lack empathy and the ability to listen to others. He seems to lack the will to learn.

When I begin to teach an especially important concept and remind the class they need to listen so  they will understand tomorrow’s lesson, he is writing and passing a note to a friend. When I rebuke him for something inappropriate that he just said, he answers,“ “That isn’t what I meant.”

He snickers at the girls and whispers to his buddies about how each one rates on a scale of one to ten.


When I give him a D on his essay, he says “That’s not fair. You keep finding all my mistakes. I’m gonna get my parents to fire you.” When I question why he’s late to class, Johnny doesn’t give me a straight answer, implies a talk with the principal and suggests there are some things he knows that I don’t.

When someone laughs at his answer in class, he pretends he meant it as a joke in the first place. More often, though, he lashes out and puts his classmate down, “You’re a retard!”

I wonder how Johnny will grow up and if he ever will. When his tax return is due, will he still be looking for a pencil? When he tells his neighbor that there is a secret underground tunnel beneath his house, how will his neighbor know what he means? When he doesn’t get a sales contract he wants, will that be because his boss is incompetent?

I always understood that some middle schoolers needed a lot of guidance, that they needed to be held accountable to certain rules so they would neither destroy themselves nor lead everyone around them crashing into a wall of insanity. Until this past year, I thought I was through dealing with a certain middle school mentality when I retired, but these old memories haunt me today.

Part 2: And now a word from Meryl Streep


...“ But there was one performance this year that stunned me. It sank its hook in my heart not because it was good. It was — there was nothing good about it, but it was effective, and it did its job. It made its intended audience laugh and show their teeth. It was that moment when the person asking to sit in the most respected seat in our country imitated a disabled reporter, someone he outranked in privilege, power, and the capacity to fight back. It kind of broke my heart, and I saw it, and I still can't get it out of my head because it wasn't in a movie. It was real life. And this instinct to humiliate when it's modeled by someone in the public platform by someone powerful, it filters down into everybody's life because it kind of gives permission for other people to do the same thing.

Disrespect invites disrespect. Violence insights violence. When the powerful use definition to bully others, we all lose. Ok. Go on with that thing. OK. This brings me to the press. We need the principal press to hold power to account to call them on the carpet for every outrage.

That's why our founders enshrined the press and its freedom in our Constitution. So I only ask the famously well-heeled Hollywood Foreign Press and all of us in our community to join me in supporting the Committee to Protect Journalists because we are going to need them going forward and they'll need us to safeguard the truth.

One more thing. Once when I was standing around on the set one day, whining about something, you know, we were going to work through supper or the long hours or whatever, Tommy Lee Jones said to me, "Isn't it such a privilege, Meryl, just to be an actor?" Yeah, it is, and we have to remind each other of the privilege and the responsibility of the act of empathy. “ (Meryl Streep, Golden Globes speech as recipient of the Cecil B. Demille Lifetime Achievement Award, January 2017)