I lose every time I play with my husband David. We've been together for almost 29 years.

He's good. Very good. But what makes it worse is his uncontrollable laughter at his own brilliant moves and my bad luck. Notice I said "bad luck." I was an English major, taught language arts and have three university degrees, including a doctorate.

What makes me repeat this losing scene night after night? Am I a masochist? I don't think so but I'm beginning to understand what I failed to learn in college. I'm just not competitive and David is. Very. So now I'm quietly observing his strategy and I'm getting better.

Years ago when we were in another Scrabble frenzy, I thought I was finally going to beat David. From the very first play, I was ahead and remained so throughout one particular time. We were near the end of the game and I just knew I was going to finally win...until David played all seven of his last tiles on the triple word score and went out, leaving me with some high scoring letters. He won on his last turn. The end.

At that moment, our then teenage daughter, Lauren, arrived home from a date. As she entered the house, I announced somberly, "Lauren, your father and I are getting a divorce." Then I saw her face. This was a teenager who didn't know what had happened at home while she was making out at the movies. With some guilt, I quickly reassured her that it was her mother's temporary insanity speaking when hope crashed hard.

During 29 years of marriage to a Scrabble-winner, I can say that I did win once. And this might be the secret of beating David at Scrabble. I convinced him to go with me to Downs Park, several miles from us. This is where I do my best thinking. We sat on a park bench and played against a backdrop of the Chesapeake Bay lapping the shore...and mosquitoes attacking David. Ever since then, he refuses to play with me in the park.

Tonight I felt a little down after my 19th loss and decided to Google "Scrabble losers." Apparently I'm not alone. I found a Scrabble losers unite!'s Journal on Live Journal and Scrabble Losers Anonymous on Facebook. I discovered on a blog called Scrabble Losers Rejoice that Mental Floss Magazine has a list of ten words that are real but which opponents will probably challenge: aa, qat, zax, cwm, xu, qua, suq, adz, jo, qadi. Look them up!

There's also a Sore Scrabble Loser You Tube video, so shaky in the beginning that I thought someone was going to get hurt. Two girls who had just finished playing Scrabble together, talk about their game.

I'm thinking about buying the book, Everything Scrabble (Edley, Williams, Williams, Jr.). It has lots of good advice and even a poem Born to Lose by Maxene Johnson:

"...But SCRABBLE losers are unique.
They take their losses without pique,
They tally scores, emerge all smiles,
They merely shrug and blame the tiles."

In my search for other losers, I found an item that I should be wearing... a t-shirt on a site called Threadless, Nude No More with a design showing a nightmare of a Scrabble hand: QXWVWZV.
As it says at the top of that page, "Well, this just really sucks." 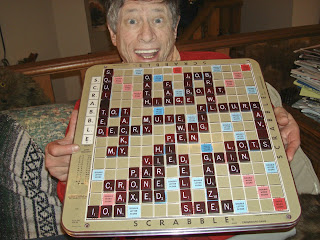 David gloats about yet another win.

Today's fortune cookie: It's not merely how much you know but how you play your tiles. 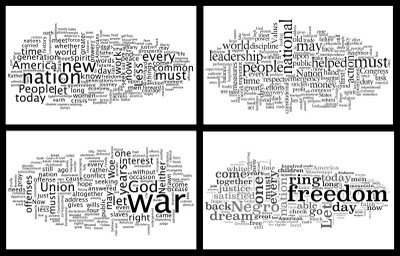 Can you match the word pictures above with the person who gave the speech? If you click on the picture, you will be linked to a gallery that has the answer and larger images.

Today we pulled up the bush and sowed seeds of hope. What a great day for gardening!

Thank you, Barack Obama, for leading us back to our idealism! 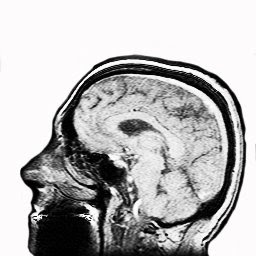 Six days before my 64th birthday
I see pictures of my brain.
It’s hard to relate to these intestine-like grooved tubes,
stuffed sausages crammed into a small space.

How can thoughts move through these cramped recesses?
How can they find their way through the mazed passageways?
Where are the emotions?

I search for evidence why my body had slipped into numbness for hours,
all feelings numb except fear.
The dark and light places mean nothing to my untrained eye.

There is a disconnect between this twisted mass and the life I live
where a touch behind my toes sends tingles shooting throughout my universe,
where the last cricket song touches a hidden chord deep inside me,
where I taste a salted tear born of uncontrollable laughter,
where honeysuckle whiffs from dips in the road,
where your eyes reassure me that I am.

These pictures aren’t me.
They are only a landscape of cranial crevices,
in an invisible creative sphere
called life.
Posted by Bonnie Schupp No comments:

Listen to the still... 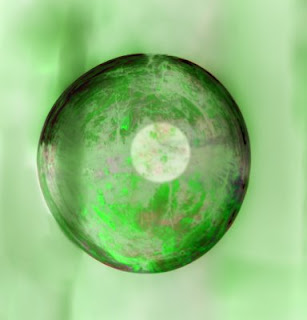 Listen to the still...

Notice I didn't say, Listen to the stillness.

Stillness is full of absence of sound
and all it can touch.


Stillness is a void.

Still is not like its dead cousin.
It is fully alive.

Stillness is a space.
Still is a place
abundant in gifts.
It is a place of the heart and mind and soul.
The still is filled with spirit.

Stillness offers no answers but
the still leads you to the answers.

If a seed of lettuce will not grow,
we do not blame the lettuce.
Instead, the fault lies with us
for not having nourished
the seed properly.