Baltimore, Thugs But No Bugs

I guess you can’t have it all!

As a child, after bedtime prayers, my parents used to tuck me in with, “Good night. Don’t let the bedbugs bite.” My mother was meticulous in cleanliness and I never felt threatened because she said bedbugs lived only in dirty beds.

Image from Wikipedia
Recently we been learning that bedbugs don’t care whether or not a bed is clean or dirty, just as long as they have humans to feast on. Although not as meticulous as my mother, even though I sleep in a clean bed, I may not be safe from these pests.

This is especially true because often during the year I do not sleep in my bed. My husband, David, and I travel. We sleep in motels, which are not immune, B&B’s and Servas and Couch Surfing homes.

Nobody is safe as these little critters begin to build their armies to feast on us at our most vulnerable moments when we are sleeping. However, if you come to Baltimore or any place in Maryland, it’s not among the top 15 places crawling with bedbugs.

According to the Baltimore Sun, these are the top ten cities for bedbugs and Baltimore is not on the list:

This is a bright spot among statistics, but all news is not good. According to an August article in the Baltimore Business Journal,  the FBI reported that ’s murder rate is the 5th highest in the country.
I think I’d rather have bedbugs biting me than thugs bugging me.
However...a comment on fear...I wouldn’t not visit one of the top bedbug cities and I love and go there several times a week.
.
.
.
.
.
.
.
.
.
. 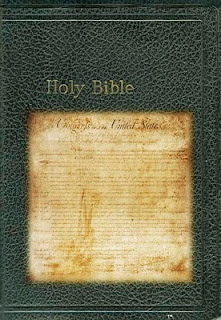 What is all the fuss about President Obama's religion? I find it hard to believe that 20% of the population believes Obama is a Muslim. Haven't they read the facts...those not presented by Limbaugh and Fox? Besides, what difference does it make what religion he is...Muslim, Christian, Jew, Buddhist?

If he had no religious affiliations, then there would be no debate--at least about what religion he is. Of course, it will be a long time before Americans are ready to accept an agnostic or atheist.

Although the First Amendment of the US Constitution does not specifically spell out the separation of church and state, it is implied:

Congress shall make no law respecting an establishment of religion, or prohibiting the free exercise thereof...

I'm not worried about the government meshing religion and government. What really concerns me, however, is the push of the right wing (mostly well-to-do Caucasian Republicans) to tie together our government and religious beliefs.

I believe much of the ranting about Obama's religion has nothing at all to do with religion but, rather is a deep-seated, invisible fear and hatred. For some people, it boils down to them versus us. Those who protest that he is a Muslim see anyone different as a threat.

Consider the Latino immigrants. There is fear among some people that not only will they take away jobs (the ones no one else wants) but that the demographics of our population will eventually change so that Caucasians will be in the minority. That probably will happen.

But so what? So what if I'm in the minority?

We're all Americans who have hopes and dreams for ourselves, our families and our country. This group is a "we," not an "us" and "them." We are the people...together.

You might want to check out the following links:

Roger Ebert's Journal in the Chicago Sun-Times
Ten things I know about the mosque
http://blogs.suntimes.com/ebert/2010/08/ten_things_i_know_about_the_mo.html