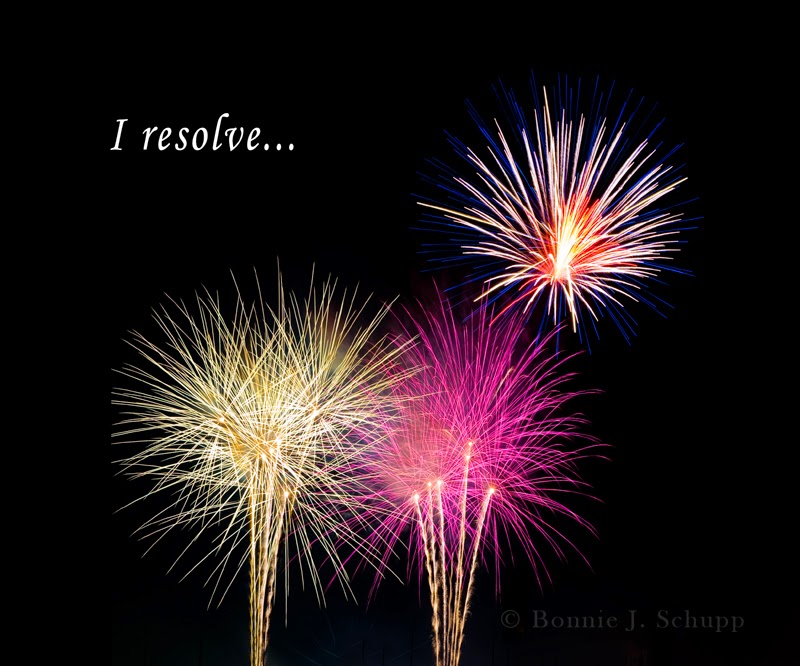 Besides fireworks, food, drink and parties, New Year’s Eve is about wrapping up the old and beginning anew. This means resolutions. Many years ago, I had a New Year’s Eve party and taped up a roll of brown wrapping paper with markers accessible nearby. I invited everyone to write a resolution. I don’t remember any of them except one —“I resolve to lose my virginity.” I assume he did. I do not remember what I wrote so I cannot say if I kept it. However, I can say that it had nothing to do with virginity because that no longer applied to me.

My gift today is a resolution to myself as I begin a new year.

You can read my other posts on this project here:

Tyrus swung his big curly hair, Danielle put her high-heeled foot on his knee, Terrell (a Morgan student) offered creative directions and Majwa fixed hair and make-up. Music was bouncing in the room and I was behind the lens.

I met Tyrus a couple years ago at Cahill where he excitedly told me about his plans for modeling, commercials, movies and more. It was good to meet a teenager who thought about the future, a kid who actually had goals. When I taught middle school in Pasadena (MD), I often received blank looks when I asked students what they thought they might be doing when they were 25 years old. They could not see beyond their noses. Tyrus, on the other hand, had goals and if I could help just a little, I would. I became his photographer. He provided model releases for me and I gave him DVDs with photos from the shoots we did.

He is now in college and still holds fast to his dreams. Tonight, with the help of his team and my husband David, we did another photo shoot. My gift to him was my time but I also received something from this energetic group of young people. I hear so much from some people who say that they stay away from Baltimore, that they dismiss the city and its denizens as hopeless. I have always believed in my home city and the potential of its people, even in light of all the crime headlines. (After all, I am a product of Baltimore.) My optimism is reinforced in young people like Tyrus and his team. I’m glad I can be an unjaded septuagenarian. 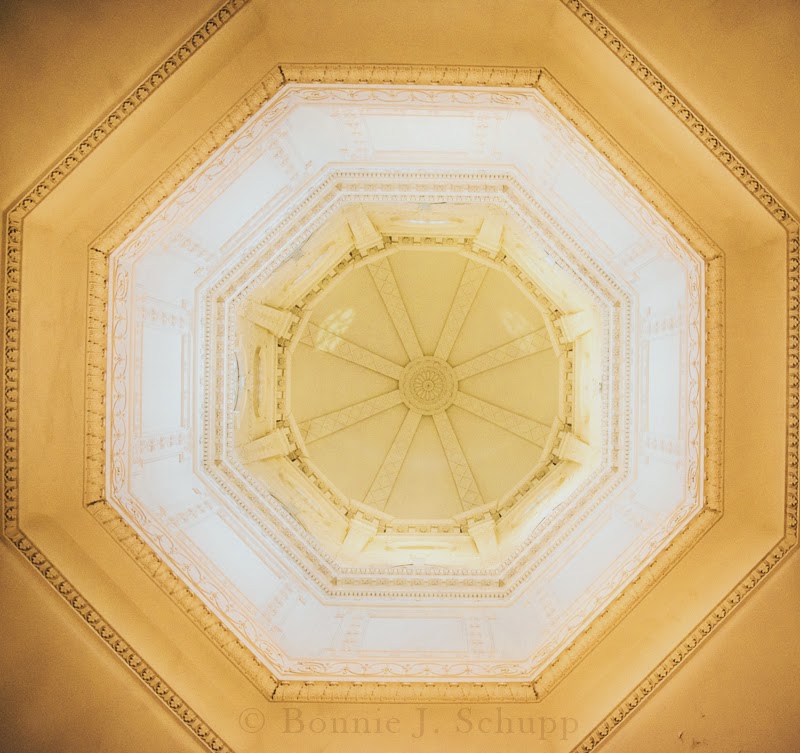 Today on a Naval Academy tour with our great-nephew Jadon from Florida, he remarked how much he liked the symmetry of Bancroft Hall in the yard (as the Naval Academy campus is called.) A pair of equidistant facing cannons at the courtyard entrance and another balanced pair near the front door pointing outward. One side was a mirror of the other.

Before that, we had visited the Maryland State House where I had looked up at the dome and taken a photo, struck by the dome’s symmetry, not only in its architecture but also in the role that light played. I saw the past, the inside of the dome, and at the same time saw the present, today’s light reflecting inside. It was a beautiful balance and it reminded me of how symmetry is reflected all around us—human bodies, the brain, flowers, snowflakes. Life seems to seek balance: light and shadow, male and female, past and present, birth and death.

Epicurus, a philosopher from around 300 B.C., presented a symmetry argument concerning birth and death for those who fear death. They should think about where they were before they were born and consider a mirror of that for after death. Epicurus said that the “past infinity of pre-natal non-existence is like the future infinity of post-mortem non-existence.”

I continue my symmetry every day as I inhale and then exhale.


Today I received a very polite message from a "Mrs. Bustillous" who wants to go into business with me because she liked my profile--wherever it was. She wants to invest in our country and she wants me to help her. Wow! Not!

This particular message, called a 419 scam, is a little longer than most of these scams that I receive. As I read it, I wondered how many people are sucked in and lose money and why. The why is the human weakness of wanting something for nothing. The numbers are staggering:


(Aviva Gat, July 21, 2014) This month Ultrascan released statistics on how many victims fell for Nigerian 419 Advance Fee Fraud scams. According to the report, there are more than 800,000 organized perpetrators globally, many coming from Nigeria, and that number is growing by 5% annually. The scam is called a Nigerian 419 scam because the method originated in Nigeria and 419 is the number of the article in the Nigerian Criminal Code dealing with fraud. To be considered a Nigerian 419 scam, the perpetrator does not need to be in Nigeria, but does need to have a West African connection and must require some advance fees. According to the report, roughly 85,000 of perpetrators come from the “Nigerian Diaspora” residing in 69 different countries.

Here is a copy of the message I received:


"First of all, It will make a good sense to begin with an identification of my humble self after a brief cross over over your profile.  My name is Mrs. Bustillous Ada  Younis Al-Obeidi Venezuela Citizen married to Libyan and wife of late Abdul Fatah Younis Al-Obeidi  who was shot dead during the civil war in Libya. My late Husband was loyal companion and a business representative of President Muammar Al-Gaddafi. My late Husband served as a senior military officer in Libya. My late husband held the rank of Major General and the post of minister of interior, but resigned on 22 February 2011 to defect to the rebel side in what was to become the Libyan Civil War. He was considered a key supporter of Muammar Gaddafi or even No. 2 in the Libyan government.

"Secondly, it took i and my children one full month of constant prayer and fasting for God's intervention in my decision making process on who to choose to sponsor and mange this fund and gold for us. This is because there are a lot of internet scams and heartless individual who could eliminate us just to posses my possession. But, hopefully, you are the right person for this job.

"Though,  we have not seen face to face but something in me tells me that I made the best choice in choosing you as my partner, sponsor and fund manager.

"In resigning, my late husband urged that the Libyan army should "join the people and respond to their legitimate demands from seceding from the autocratic government of Ghadafi.On 29 July 2011, my husband was brutally murdered by members of an anti-Gaddafi militia.

"Since the death of my husband, and the killing of my 2 son, i have been in Benghazi. After the killing of the police boss and the disorganization of present administration by the deadly militia, things has never been the same in Libya. Murder, Kidnapping and Rape has been the order of the day. Fundamental Human Right only exist in theory but practically, it is far from obtaining. On this ground, i want to relocate to a peace loving country where there is still respect for human life.

"However, i would like to invest massively in your country. I must be truthful and admit that i have never been into business before and for this reason, am looking forward expectantly to engaging your service as my business partner, sponsor and fund manager. I seek an honest , transparent and God fearing person to partner with me over this investment.

"It's my honour and privilege to connect with you personally. We have several opportunities to work together to make a beautiful world of association especially in Project like Gold and fund investment.

"I  am contacting you regarding my urgent need to establish a mutual business relationship. it is going to be a long term business relationship with mutual benefit , and am interested in investing on this following project stated below. 1. Real Estate project 2. Expansion of business 3.Power plant project 4. Agricultural project 5. Querying 6.Mining 7. School project,8. Oil and Gas,9. Gold or any other kind of  business you can handle e.t.c. If you are interested you can revert back to me for more details

"Having said this, i want to make it clear to you that for us to conquer this project, we have got to make a formidable force. This force is all about determination, dedication, transparency, absolutely honesty and truthfulness. Any relationship, especially a business relation ship that lack any of the above ingredients, their aim will fall like a pack of badly arranged cards.

It boggles my mind that people respond like this Oregon woman who lost $400,000.

I guess that is why these scams continue because there are a few suckers who make it worthwhile.

Read more about these scams: