The Christmas I Made My Parents Cry 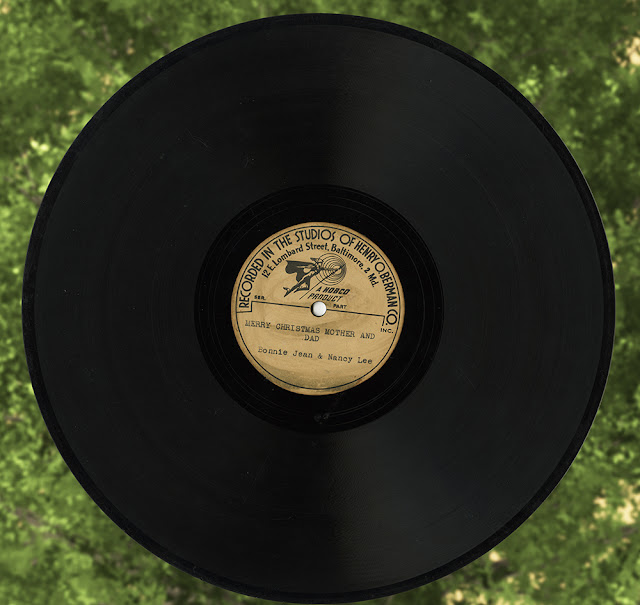 Christmas is the quintessential season for giving birth to traditions. And my family had many, like going to Baltimore’s Memorial Stadium to buy our tree every year, shopping with our grandparents for presents for our parents, giving one present on Christmas Eve. Like most families we left cookies and milk for Santa. On Christmas morning, we had to wait for the Santa-all-clear signal from our parents before we came down the stairs, peeking through the banister on the way down. We saw the decorated tree for the first time because that was Santa’s job.

Santa left his gifts organized under the tree so each one of us had our own pile.  Our parents wrapped their presents for us but Santa didn’t wrap his, so we could see immediately what was there.
I am the oldest of three girls born in  1944, 1947 and 1954. Before our youngest sister Jaymie was born and when she was a baby, our maternal grandparents took my middle sister, Nancy,  and me shopping every year before Christmas. We were given five dollars each for our mother and father, twenty dollars total.

On the designated Saturday shopping day, we dressed up in our Sunday clothes to go downtown to buy presents for our parents. For several hours, with piped-in Christmas carols surrounding us, we checked out the merchandise in Hutzler’s, Hecht’s, Stewart’s and the May Company. We admired display windows with moving scenes, walked through fragrant aisles and rode elevators controlled by black elevator operators wearing white gloves.

In spite of all the  choices, every year Nancy and I always wound up buying a tie or socks for our father and a nightgown or scarf for our mother. Although our gifts lacked imagination, our parents always showed surprise and delight at the gifts their daughters had given them.
This tradition of making a special day for shopping for our parents helped teach us the joy of giving.
My parents also had another tradition. On Christmas Eve, each of us was allowed to give one gift to each person in the family. Christmas Eve was the special giving and that left Christmas Day for receiving Santa’s gifts without any distractions.

When I was around nine or ten, as I was discussing the shopping day with my grandfather, I told him I had an idea. I didn’t want to give my father another tie or my mother another scarf. Instead, I wanted to make a record for them, with me playing the piano and Nancy and me singing Silent Night. This was in the early 1950’s when vinyl and record players were how we listened to music. We listened then to 78 rpm records. After that 33 1/3 rpm and 45 rpm records were introduced. Would an original record be possible, I asked? Would our combined twenty dollars cover the cost of making a record?

His response, “Let me see what I can do.” A few days later, he told me that we could produce a record and that the twenty dollars was perfect. This is the only lie I ever knew my grandfather to say but, well, if ever a lie were a good one, this was.

Nancy and I practiced and practiced, voices barely heard over the piano which seemed to have only one tone—loud. The next Saturday, our grandparents took us to a recording studio in Baltimore. I was too excited to be nervous. I sat down on the piano bench with Nancy next to me and we practiced some more as the engineer tweaked the sounds. Finally, we were told the next time was the real thing. With the microphone in front of our young faces, our voices wavered sometimes on key, sometimes off.

A few days later, our grandfather handed us the final vinyl so we could wrap our present. By that time, we could hardly contain our excitement. We were going to give our parents a real record that we recorded. Christmas Eve finally came, along with the anticipation and fanfare. We held our breaths as we handed our parents the wrapped present. They had fun trying to guess what it could be. I truly believe that they had no idea because they seemed a little puzzled at first when they opened the package and then we explained that it was a record we had made. They put it on the turntable and listened to our faint voices singing Silent Night with my clumsy piano playing. This is when the tears rolled down their faces and met their smiles. In retrospect, their tears were the best present because it showed us how much they cared and what a special present it was that we had given to them.

Our grandfather gave us another present, one which could not be wrapped.  When I at first shared my idea about making a record, he could have responded in the way that most adults would have, “No, we have to stick with the traditional presents.” Instead, he listened, considered and then helped us. He taught us to embrace possibilities. 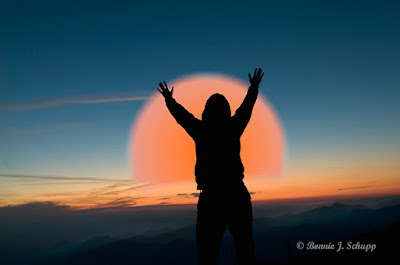 A young Facebook friend asked me recently, “How u make yourself very busy...??do not u feel like tired or do not u want rest.???"

It is a good question which deserves a full answer.

The easy part of the answer is to remind him that Facebook exaggerates perception. After all, we only post what we want others to see and what we think might be fun. Of course I rest but I don’t always share. Who wants to read a Facebook post that says, “I am taking a nap.”

Now for the more thoughtful part of the answer.

The bottom line might have something to do with death which will ultimately conquer, but while I am physically able, I nurture growth. When we stop growing, we begin to die. Ultimately death will come, regardless of what I do but I have no desire to sit and wait for the grim reaper to come. As I made clear in my book, 365 Gifts, every day is a gift. I will not refuse this gift. In fact, the best way of honoring it is to accept it fully.


I guess it comes down to a simple choice, really. Get busy living or get busy dying. ~ Andy,  Shawshank Redemption

However, my answer is not so much about death as it is  about the way I choose to live and what drives me—curiosity, connecting, learning and creating. My life is not about being busy but about being immersed in the business of living. All of these things are woven into the tapestry of my life which is who I am.

Curiosity is a constant companion that is always whispering in my ear, “What if?” In other words, what are the possibilities that lie ahead? Even if I wanted (and I do not), I cannot stop this voice in my head.

Connecting is part of what defines me. In my Defining Ourselves words and photo project, I defined myself, “I am a child of the universe who lives a rich life of creativity, connections and possibilities.”

Learning is part of my fabric. It is impossible not to learn when I delve into all the what ifs and the problem solving they invoke. When I was nine, I pulled an old picture frame from a neighbor’s garbage can and asked what if I paint it gold? Will this frame be transformed? When I was in my late 50's, I asked, what if I pursue a doctorate? This experience transformed me. Learning prods my questions, answers and experiences.

To an artist, creating is like breathing. It’s impossible for me not to create. Creating is the essence of life and it appears in many forms. During those times when I appear to be busy, I may be creating connections and new experiences. However, during times I am quiet, appearing to vegetate, I may also be creating new connections of spirit and ideas.

So, back to the original question.  Acting on curiosity, seeking connections, exploring new ideas and creating art lead to a multi-layered life which may seem to be “busy,” but I call it “living” fully. To me, “busy” has a connotation of merely filling time which is a shallow way to experience one’s life. I do not fill time but I embrace it so I can receive the gifts it brings. As I approach my 72nd birthday on December 10th, I am aware that my aging body will eventually change how I do some things and the pace at which I do them. My mother was just six years older than I am now when she died. It reminds me that I have a lot of answers yet to explore, more experiences to discover, new poems to write and more images to create.

I have a lot of living to do.

Defining Ourselves: A two-year words and portraits project