Baltimore, the City That Creates and Loves 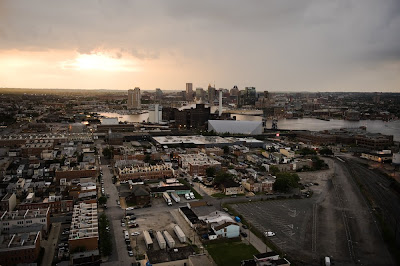 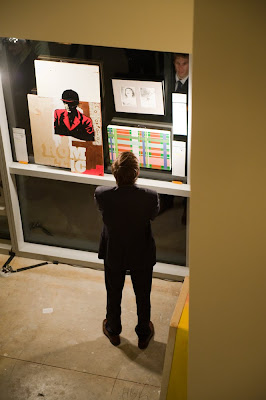 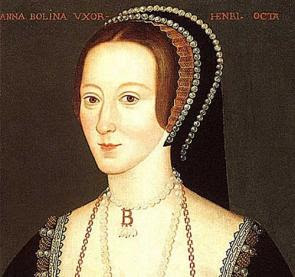 Hold on to your...head! On this date in 1536, Anne Boleyn was beheaded for adultery by her husband, King Henry VIII. Historians believe that the real reason might have been that Anne didn't produce a son for her husband. However, her daughter Elizabeth grew up to become one of the most influential queens in history. If you are a lover... especially an art lover... you might want to check out the first annual Innovate Love art auction to benefit Innovate Baltimore and the Baltimore Love Project.

It will be held May 22 in the penthouse of Silo Point 7 - 11 p.m. Experience original art from the U.S. and beyond, music by DJ Terry Thompson, appetizers from Chef Frederick "Mookie" Hicks, entertainment by Super Art Fight and more.

Hope to see you there!
Posted by Bonnie Schupp No comments: 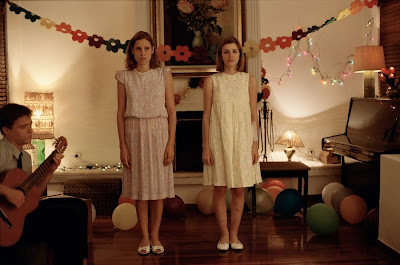 Often when the name of a movie is brought up in conversation, I have to ask my husband if I’ve seen it. There are two movies, however, that I won’t forget—Bergman’s Cries and Whispers and the more recent Greek film, Dogtooth, directed by Yorgos Lanthimos. Both are bizarre...surreal.

I don’t think they are the best films I’ve ever seen but rather they provoke thought and nudge me to look for answers to the questions they raise. I saw Cries and Whispers years ago and Dogtooth just a couple days ago at the Maryland Film Festival.

Briefly, Dogtooth is the story of a dysfunctional family with a father who puts his family into a gated property, far from the influences of the rest of the world. Both parents (the mother goes along with her husband), through a series of lies, warp reality for their three children who are in their late teens or early twenties but have the innocence of much younger children.

They teach their children that the world outside their gate is unsafe until their dogtooth, their canine incisor, falls out. And the children believe this, along with corrupted definitions of words. Sea is something you sit in and little yellow flowers are zombies. Their parents tell them that the airplanes which fly over their house are as small as the toy airplanes they play with.

This film is an allegory with a hint of classic Greek drama. It communicates how fear, as a way of life, warps truth and pushes reality out of reach.

Isolation and lack of normal human identity prevails. We hear no sound track or specific names of people and places, with the exception of Christina who is from the outside world. The characters conjure up visions of robots with their sometimes unnatural movement and speech and their restrained emotions. Even when the father beats his daughter with a video cartridge or when he brutally kills his son’s prostitute, Christina, with a video player, it is anger with robotic control.

Some movie elements suggest symbolic intent rather than literal. The children are referred to not by their names but by their positions within the family, such as “eldest.” Throughout the movie, planes periodically fly overhead with their chorus drone reminding us of the juxtaposition between the outside world and the inside, the truth and the lies.

The family story is one fabricated by the father of them against us. With the introduction of Christina, a woman from the outside, to sexually pleasure their son, and who, unknown to the parents, also pleasures the eldest daughter, the children begin to gain knowledge that goes beyond the one book they have been allowed to read.

The movie raises questions. What are the dangers of isolation? Twisted trust and ignorance result, along with incestuous and unhealthy connections. What happens when we begin to know “them,” those who are different from us? We become less afraid and then begin to adjust our own definitions of who we are. The eldest daughter begins to form her own identity and call herself Bruce.

Dogtooth reminds us of some parallels in politics with attempts by our leaders to control through fear-mongering. How many people voted for George W. Bush because of the fear he and the Republican party instilled? How about the infractions on our civil liberties, all in the name of fear of outside forces? And how about the way political spindoctors twist definitions? Think about Glenn Beck’s followers who are eager to accept his strange version of truth and who accept the fear he instills about socialism in the U.S.

I doubt that Dogtooth will ever hit the mainstream theaters where movie-goers would most likely dwell on the sex and violence rather than its message. But to some of us who saw it at the Maryland Film Festival this weekend, we will remember this unsettling eccentric film and will continue to connect the dots for years to come.
Posted by Bonnie Schupp No comments:

I just listened to a 2005 Stanford University commencement speech by Steve Jobs, CEO and co-founder of Apple and Pixar. It is a 15-minute thought-provoking message worth listening to. If you do, you will understand the title of this blog.

You can hear more fascinating speeches on Ted.
Posted by Bonnie Schupp 1 comment: