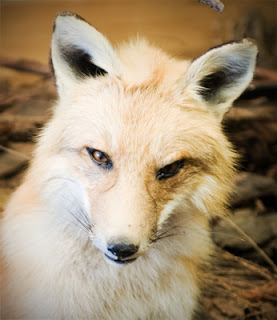 I am angry, dismayed, disappointed and worried.
I am also amazed there are so many, mostly older white people, who believe the twisted information that Fox calls news.
Yesterday I got yet another e-mail forward about Obama. This one was a copy of an editorial column from “Obama’s College Classmate” who claims that our President is purposely “overwhelming the U.S. economy to create systemic failure, economic crisis and social chaos”  to eventually destroy capitalism and become a socialist ruler. (I’ll bet those who shout about the evils of socialism do not return their monthly social security checks.)
Then, in an attempt to give these outrageous claims credibility, this e-mail added, “True per snopes!” and “vetted by Snopes.” I am sure many people will not check the Snopes site that tries to set misinformation right and dispel gossip. For those who checked, they would have seen that Snopes does not claim that the writer’s words are correct but that it is  “correctly attributed” to Wayne Allyn Root.
Fact Check
In the past, Fox news has claimed they could not find any classmates who remembered Obama. The innuendo is that he lied to the public and didn’t really attend Columbia University.  Of course, it’s easy to find out the truth by quickly going to Fact Check.
http://www.factcheck.org/2010/02/obama-at-columbia-university/
Fact Check, a project of the Annenberg Public Policy Center, is a “nonpartisan, nonprofit "consumer advocate" for voters that aims to reduce the level of deception and confusion in U.S. politics.”
I am a former teacher who tried to teach my students how to think, how to analyze and separate truth from fiction. Have we teachers failed or is the American public just plain stupid?

Driven by Fear?
I am afraid that much of the split in our country could be the result of underlying racial prejudice. It saddens me so say this but just look at the sea of white faces in the Republican Party. There might also be a deep-seated white fear. The demographic snapshot of this country has changed and I believe many whites are fearful they will become the minority and lose power.
According to the European Union Times, within the next 40 years, the color of our country will have changed dramatically.
http://www.eutimes.net/2009/05/americas-quick-changing-demographics/
It reports statistics in 2005:

- 60% White
- 16% Hispanic
- 13% Black
- 5% Asian
- 2% Native
- 4% Other/Mixed
Projections for 2050 show whites as a minority:
- 33% Hispanic.
- 21% White.
- 20% Asian.
- 11% Black.
- 1% Native.
- 14% Other/Mixed.
Instead of clinging to the divisiveness that Fox encourages, we should be celebrating diversity.
Manipulating the Masses
I am angry at the divisiveness nourished by the Republican party. I am dismayed at the condition George W. Bush left our country in, a condition that not even a smart President such as our current one can fix in eight years, if given a chance. I am disappointed in the gullibility (read that “stupidity”) of  a seemingly large segment of the American public. And I am worried for the future of our country.
It is incredible that people accept what Fox tosses out as real news. If people are so willing to believe Glenn Beck and his cronies, then who else might they be willing to believe?
Hitler writes in Mein Kempf, “The art of propaganda lies in understanding the emotional ideas of the great masses and finding, through a psychologically correct form, the way to the attention and hence to the heart of the broad masses... The broad mass of a nation does not consist of diplomats, or even professors of political law, or even individuals capable of forming a rational opinion...”
In Hitler’s Germany, people were easily led by his lies, innuendo and propaganda. Hitler seduced the masses.  In the United States, how can so many people be seduced by Fox?
Yes, I am worried.
I’ll be at Jon Stewart’s Rally to Restore Sanity in D.C. on October 30. A large crowd at this event would be a good sign that there is some hope for our country.
http://www.rallytorestoresanity.com/
.
.
.
.
.
.
.
.
.
.
.
.
.
.
.
.
.
.
.
Posted by Bonnie Schupp No comments:

Today online, I stumbled on a conversation portrait artist.

No, that’s not a typo. Flash Rosenberg is an artist-in-Residence at the New York Public Library who draws in real time and shapes conversations and interviews into a visual connection.

She says that she gives “visual, unifying fluency to conversations that are otherwise too complex and fragmented in today’s digital world to be universally understood.” She’s all about communication but in a creative way. Her drawings are filmed with voices of the conversations or interviews in the background.

“Our conversations in society are changing so much, too, because of email and Twitter and the Internet. When we talk and when we don’t talk, when we understand what somebody else is saying and when we don’t —these kinds of disconnects are all so common now,” she says.

Rosenberg’s art results in a unique and delightful connection. See for yourself her production, “Who is Mark Twain?” And after that, click on the link to her “Tribute to George Carlin.” You’ll love it!